Where to Buy TRON Coin (TRX)? Why Should You Invest in TRON?

Tronix (TRX), the coin of the TRON network surges since the start of 2018. It has definitely caught attentions of most crypto traders and according to coincap’s daily trading volume,it ranks top 6 cryptocurrency. If you are new to the game, TRON is one of the most undervalued cryptocurrencies and it has lots of potential. Wonder where to buy TRON (TRX) coin? Why should you invest in TRON? Read on and find out. 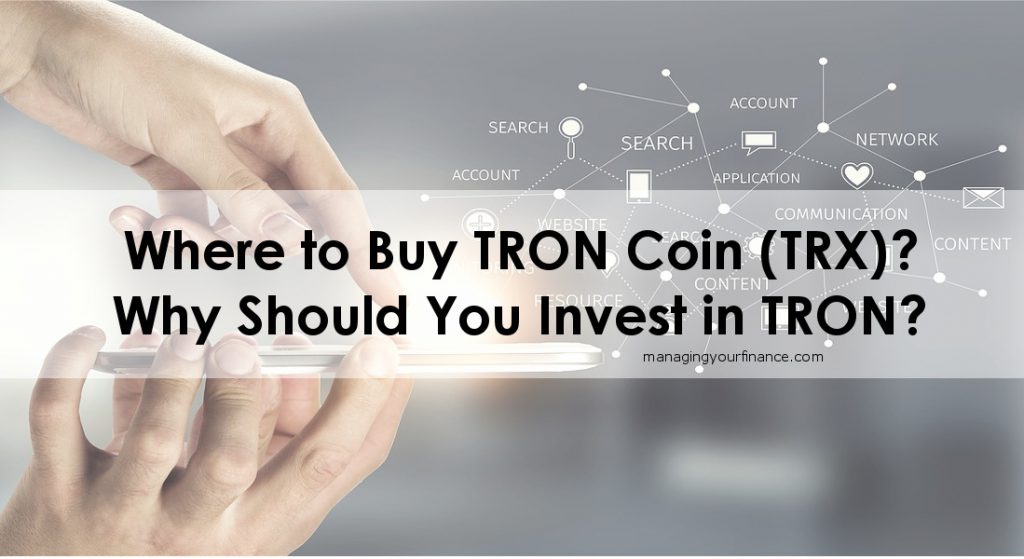 Tronix (TRX) is the official currency of TRON, which aims to be a decentralized entertainment content sharing platform eventually leveraging blockchain and peer-to-peer (p2p) network technology. Founded by a non-profit Singapore-based foundation, the Tron Foundation seeks to tackle the global entertainment industry.

The protocol allows each user to freely publish, store and own data, and in the decentralized autonomous form, decides the distribution, subscription and push of contents and enables content creators by releasing, circulating and dealing with digital assets, thus forming a decentralized content entertainment ecosystem.

Tron is based on the Ethereum blockchain’s ERC20 token standard and is aiming to become the bridge between blockchain networkjs and smart contract systems such as Bitcoin, Ethereum, NEO and others over time.

TRON’s open, decentralized platform and distributed storage technology will allow creators of digital content to cut out middlemen such as the Apple store and Google play store. Content producers will thus be able to obtain funds directly from consumers.

Currently, a lot of user data and traffic is controlled by a few corporations like Google, Facebook, Amazon, & Snapchat. TRON attempts to mitigate this control by placing ownership of the data back into the creator’s hands.

TRON wants to “Heal the Internet” through the following features:

Why Should You Invest in TRON?

At the time of writing, Justin Sun, the CEO and founder of TRON mentioned that the first game based on TRON network is in its final stage and will be released soon.

Other than that, coin burn algorithm will take place in Q1 2018 but no further official announcement has been made yet. “Burning Coins” has emerged as a new tool for growth in recent times. In past few months, few projects used this approach to drive the market value growth to up to 10x. For example, Trigger which is based on Counterparty protocol, recently burnt 70% of its supply, and witnessed 1,000% growth in value in month of August 2017.

The recent partnership with Obike is one of the highlights. Obike is one of the largest sharing economy companies active in 20 countries across Europe, Asia and Australia with 10 million users. Obike will launch sharing bike application and Ocoin based on TRON network.

TRON has a lot of surprises and it is already well supported by top Chinese developers on its team yet is continually expanding its employee base with members with veteran technical expertise such as Maorong Lin and Xiadong Xie. Together, the two employees bring years of technical development experience in the entertainment industry and internet commerce.

Furthermore, TRON is in the process of transferring TRX onto the Peiwo APP. This would give its 10 million users the ability to exchange the token back and forth. While TRON will support all kinds of virtual currencies, TRX will be the official one. With this,  all other currencies will have to be converted through TRX.

Where to Buy TRON Coin (TRX)?

At the time of writing, you may get TRON (TRX) coin from the following exchanges:-