What Is Verge Coin? Where to Buy Verge for Long-Term Investment?

Verge (XVG) is an anonymous digital currency that has drawn a significant amount of speculative attention and has shown a tremendous growth since the end of 2017. What exactly is Verge (XVG)? Should you invest in Verge coin for long-term profits? Read on to find out. 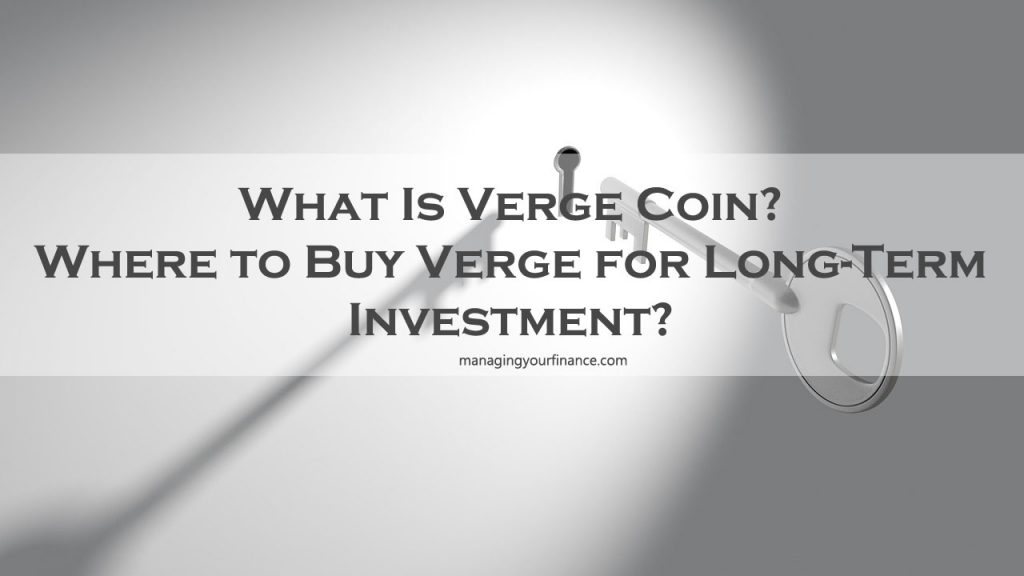 Verge is about privacy. Verge has been around since 2014 but it has not gained a lot of attention from crypto investors because its former name is DodgeCoinDark that sounds a bit dodgy. Only in 2016, it was rebranded to Verge (XVG).

Verge was introduced to enhance the first Bitcoin blockchain and means to satisfy its underlying reason for furnishing people and organizations with a quick, proficient and decentralized method for making direct transactions while keeping up personal privacy.

Verge’s intention is to keep the ledger public so that companies can see who paid them for a product (for example) but protect your privacy by built-in TOR/I2P services. This hides your IP addresses when you make transactions. That means that you are able to see all the transactions that happened with Verge, but you won’t see who the transaction is going to or who are the senders nor receivers.

Monero doesn’t have a public blockchain like Verge does. It’s impossible to know how much XMR any given address holds. That’s airtight privacy.

The developers of Verge designed a special mechanism in a way that the privacy would be optional, determined by the needs of the user. In Q1 of 2018, they rolled out a mechanism they call the “Wraith Protocol,” which allows users to choose whether they want their transaction to be public or private.

As compared to any other privacy cryptocurrencies, Verge has a huge advantage to be able to select a private or public transaction that makes it more versatile than any other public or private coin. With the introduction of Wraith, Verge has become the technologically superior coin on the market by many measures.

Verge is also working on implementing Smart Contracts by way of RSK. The Smart Contracts will operate on a side-chain pegged to Verge, meaning that executing the smart contracts will happen independently of Verge and won’t congest the network, but will still rely on the Verge blockchain to settle accounts.

What Are The Advantages of Verge Over Other Privacy Cryptocurrencies?

It will eventually have 16.5 billion coins in circulation, compared to Bitcoin’s 21 million. The increased coin count was done intentionally to keep the price for an individual Verge coin low to make it more appealing to users, who may balk at seeing a coin priced in the thousands of dollars.

Verge also differs to other cryptocurrencies because it is a 100% open source project, with all members of the community able to give full input into any decisions made about future changes. Furthermore, there was no ICO held upon launch, and no pre-mine took place. 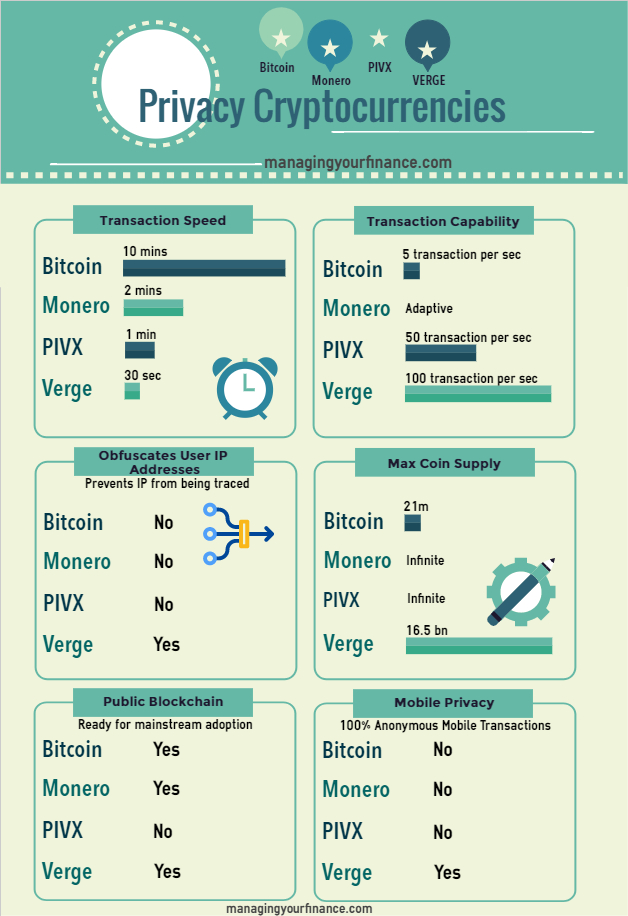 Where to Buy Verge for Long-Term Investment?

There are just a few exchanges where you can buy and sell Verge (XVG). The most popular used to be Bittrex. Unfortunately, based on enormous demand (December 2017), Bittrex stopped registration for new users. MYF recommends Binance Exchange.