ICON is one of the best performing cryptocurrencies since early 2018. What is ICON (ICX)? In brief, ICON is a South Korean venture that aims to act as a unifying fabric for different blockchain communities and allowing them to interact while maintaining their autonomy. Why should one consider investing in ICON? Read on to find out. 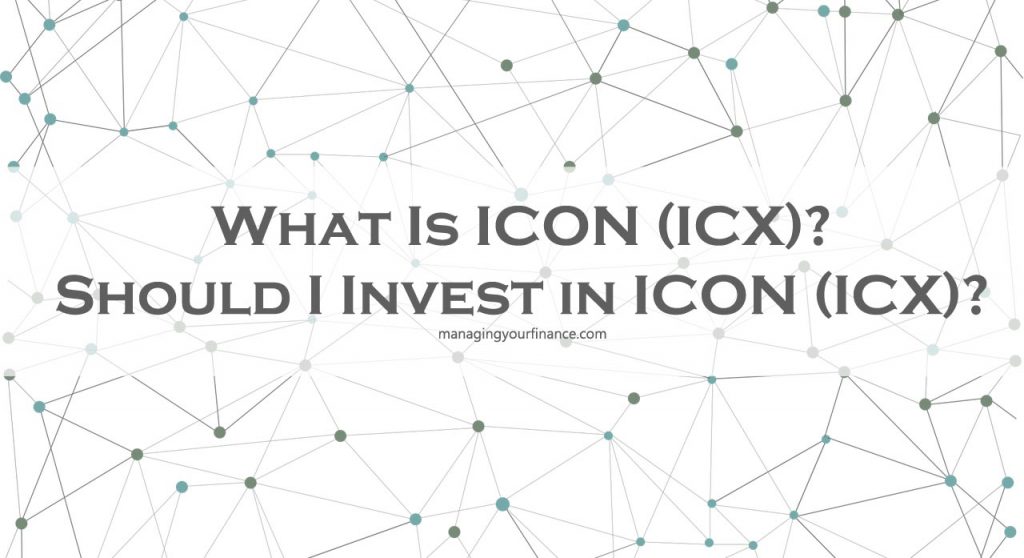 ICON is a project under the legal entity Dayli Financial Group, one of the biggest FinTech companies based in South Korea, formerly named Yello Financial Group.

ICON is a project developed by a Korean company named theloop. The engineering team of theloop began its research and development from June 2015. theloop is a joint venture formed between DAYLI and 3 Korean universities. theloop’s parent company, DAYLI Financial Group, raised over $100 million from venture capital firms with a valuation of $4 billion.

ICON launched its ICX token through a Swiss-based foundation in September 2017, raising 150,000 Ether (then $42 million).

ICON (ICX) is a blockchain platform that connects various platforms as well such as Bitcoin, Ethereum, NEO, Ark, and Qtum.

The ICON Project aims to connect all the activities in a country through its own blockchain. It is creating an open source ecosystem that allows organizations like government departments, universities, hospitals, and financial institutions to interact without any third-party networks that charge transaction fees or delay the process.

In short, ICON is designed to be a massive scale ecosystem, allowing different blockchains connecting to one another through their protocol.

How Does ICON (ICX) Work?

The use cases for the technology provided by ICON is ambitious. Its Blockchain ID project, for example, is entirely based on smart contracts.

Basically, ICON can potentially become a global way of authenticating and verifying one’s identity on the internet. Whether or not the world is ready for such “improvements” remains to be seen, though.

The core of ICON called Nexus, is a multi-channel blockchain comprised of light client of the respective blockchain. It is based on loopchain, testnet that was already launched and mainnet was launched in Q4 of 2017.

Communities are linked to the Republic at large through community representatives (C-Reps) that connect to Nexus, the loopchain-based blockchain that underpins the ICON Republic.

Thanks to its revolutionary new system uses its own proprietary LFT (Loop Fault Tolerant) consensus algorithm, it is able to do this because it has a much different blockchain at the protocol level.

One has to note that ICON itself has no control over how its community members conduct their programs outside of the ICON Republic.

What is Loop Fault Tolerance (LFT)?

Consensus essentially means agreement so this system has a way of ensuring all parties agree much faster than its competitors resulting in speedy high tech transactions and applications. LFT can accommodate diverse consensus structure by allowing such groups or nodes to freely determine the number of votes.

“LFT aims to create a high performance consensus algorithm, consensus solely based on message relay among participants without intermediaries. In traidtional BFT design we have 3 steps from “pre-prepare”, “prepare” to “commit”, where LFT reduces to 2 steps, limited number of nodes for block generator broadcasts and remaining nodes participate in voting process only.

LFT is using a technique called “Spinning“, to simplify the overly complicated algorithm of selecting the primary node.” – ICON Support

ICON team comprises of various talents. Presently, there are approximately 20-30 engineers and designers from top universities in South Korea and overseas in the team.

The business development team who worked for top-tier investment companies like JP Morgan and Deutsche Bank.

Not only that, notable advisor include Don Tapscott, co-author of international best-seller book “Blockchain Revolution”, one of the most influential people in the crypto space.

Should I Invest in ICON (ICX)?

ICON is scalable, working to provide solutions for companies of any size. It works without an issue with Bitcoin, Ethereum, and other traditional blockchains. At the same time, it also works seamlessly with other third-party blockchain networks linked to the real world.

In Q3 of 2017, ICON had the first meetup of developers and created the open source for the loop chain. It also partnered with a major bank.

In 2018, ICON will expand its partnership with various blockchain networks. It will also expand the DEX reserve pool to include assets in the majority of the most common cryptocurrencies.

The ICON team is building real-world applications for communities around the world. As well, the DAVinCI solution will help facilitate this as it is currently used by many top financial institutions globally. DAVinCI technology is a financial solution A.I. that is meant to help create and manage the Incentive Scoring System (ISS).

The DAVinCI system will reward nodes with ICX based on a few parameters:

Essentially and eventually, the DAVinCI solution will help facilitate this as it is currently used by many top financial institutions globally.

At end of the day, ICON will blend the crypto-world and the real world to open and inspire new business possibilities and connectivity. Many have seen its realism and its potential in the near future.

Hence, ICON is definitely worth investing for long-term profits.

What Is Nebulas (NAS)? Should I Invest in Nebulas?

Top 5 Next Best and Promising Cryptocurrency to Invest in 2018

Is It Too Late to Invest in Bitcoin? Can I Make Money With Bitcoin?

What Is Verge Coin? Where to Buy Verge for Long-Term Investment?