Should I Invest in Etherparty FUEL (Cryptocurrency)?

MYF previously recommended Etherparty ICO because we believe it will eventually become the crypto version of WordPress. For those who missed the ICO and Pre-sale, should you invest in Etherparty FUEL for long-term investment? 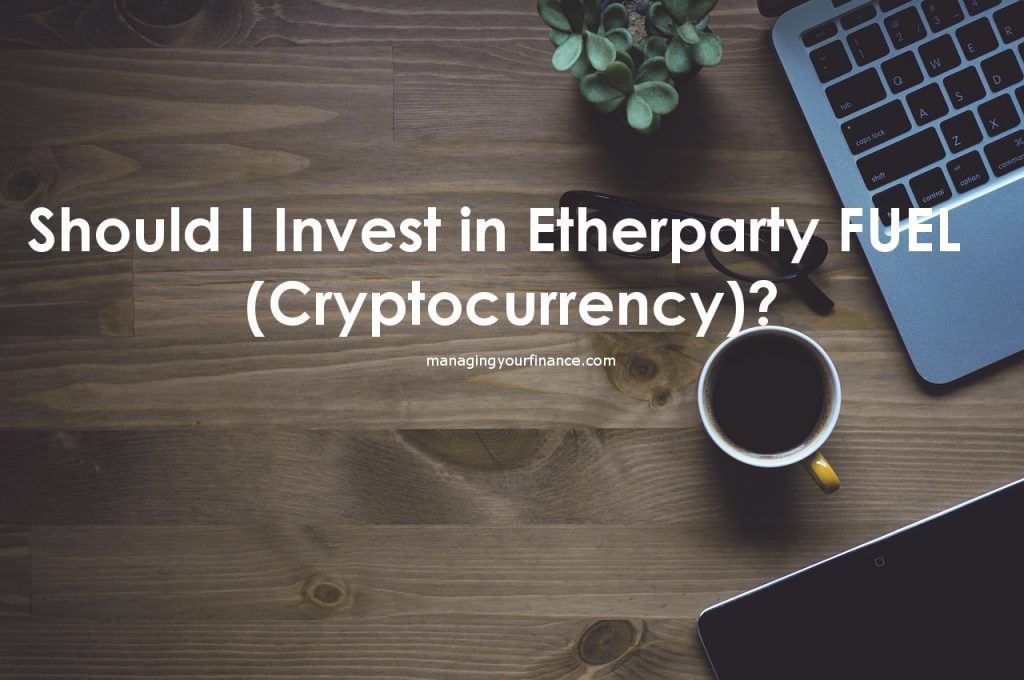 Should I Invest in Etherparty FUEL (Cryptocurrency)?

So what Etherparty does is that it helps you create contracts with a pre-configured Smart Contract template. The template allows you to customize one as per your needs and launch directly on the Ethereum Blockchain without writing a single line of code.

A “world computer” like the public Ethereum network, or a computing environment that is trusted and verifiable between parties in a smaller group like a consortium blockchain, is a tremendously powerful thing.

However, not every one of us knows exactly how to deal with smart contracts. That’s why Etherparty plays an important role here to allow non-technical people to create smart contracts. Several ICO’s products have essentially been graphically-friendly templates that allow the user to generate smart contracts, and their smart contracts generally require some interaction with the sub-network’s token system.

In short, it acts as a crypto version of WordPress that will potentially be used in daily basis in dealing with smart contracts. 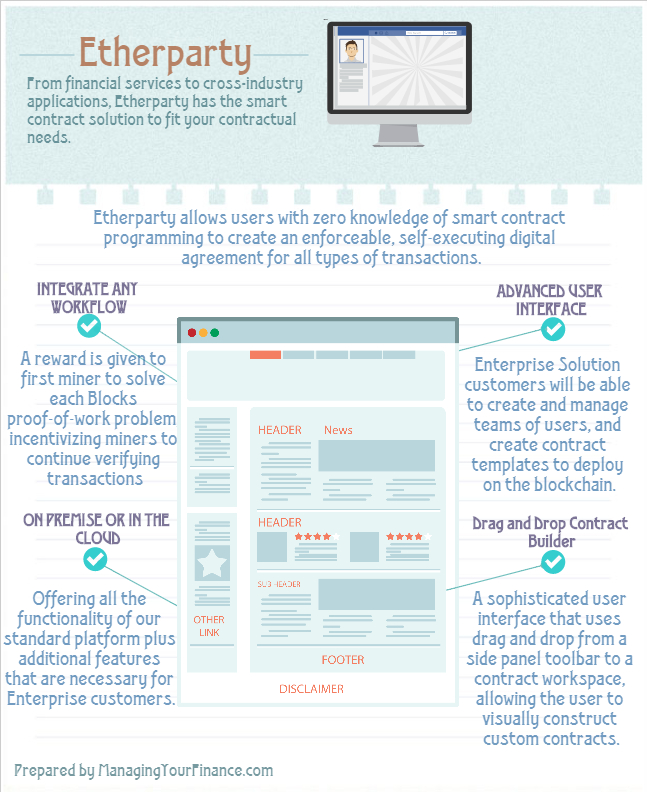 In 2017, beta users created ERC-20 tokens, crowdfunding contracts and escrow contracts on a test network. The platform beta is now live and available to the public. Use of the platform’s in-app currency, FUEL, will be required to purchase and make use of any smart contract or tool available on the platform.

What Have They Achieved?

A major milestone Etherparty has recently achieved is the RSK integration, which makes the platform blockchain agnostic. RSK is the first open-source smart contract platform that allows Bitcoin users and miners to be players in the smart contract movement. The South American company is well positioned in the global ecosystem, and is strongly aligned with Etherparty’s values.

The partnership between RSK and Etherparty will open up the world of Bitcoin-based smart contracts to people with zero knowledge of smart contract programming to create an enforceable, self-executing digital agreement for all types of transactions.

The union will help accelerate adoption of smart contracts on bitcoin by making the technology more accessible and easier to use. Both Etherparty and RSK are building an inclusive system, that makes the platform available to more participants.

Other than that, Etherparty is partnering with Health Space to assist in their blockchain technology development.

Over the last decade, HealthSpace has successfully developed both enterprise and mobile internet-based applications currently serving over 300 state and local government organizations across North America.

Present Problem: Managing a payment process with another party can lead to discrepancies, error, and confusion. Whether a personal agreement or business contract, there is room for mistakes, disagreement, and lost paperwork.

Solution: A smart contract binds both parties to steadfast rules that function exactly as written, eliminating the possibility of disagreement. Etherparty handles the security to make sure your contracts aren’t vulnerable to tampering, providing a completely trustful payment process.

Present Problem: Tracking goods and information can be a hassle and a lengthy process given a complex amount of conditions in a value chain and the reliance on paper based systems. This problem becomes worse if tracking needs to be done across international lines.

Solution: With Etherparty’s enterprise API, integrating any information system into the platform will be simple and streamlined. Writing a smart contract will bring all parties onto a single shared ledger (the blockchain), which is faster, more secure, and more transparent to all parties involved.

Present Problem: From a simple wager between two private citizens to maintaining a record of data, the internet has turned commercial interactions into a digital arrangement.

Solution: Smart contracts and blockchain technology can alleviate concern over a breach of contract or the veracity of a digital record. By establishing appropriate terms, Etherparty makes it easy to create a smart contract which will auto-enforce the agreements as outlined by each party. Further, a smart contract can hash a record to the blockchain, which removes any degree of ambiguity over the digital upload.

Present Problem: Lost paperwork, uncertainty over whether something has been filed, missing information over the handling of sensitive documents.

Solution: Business formation and corporate filings stored in a shared ledger, information is immutable and indisputable, and authorizations and access to documents are recorded.

Blockchain and smart contracts are going to be a big part of our future. Etherparty will be mass-adopted as an easy-to-use smart contract creator. It is striving to remove the high barriers of entry into the world of blockchain technology and its most powerful application to date, the smart contract.

Described as a contract wizard, the platform eliminates the intricacy in coding or programming a smart contract. Etherparty offers a template library wherein users can create a customized contract.

The project is still young and the team has a lot of experience and they understand well the idea of smart contracts. The project is active on social media and may manage to stand out among other new tokens.

There is a use for the FUEL token, once smart contracts start getting online. The token may or may not be key to using those contracts. But there are only around 485,146,253 tokens in circulation, a very small, so FUEL may become valuable in the future.